Ballet Folklórico Mexicano de Yale was founded in the fall of 1998 by a group of undergraduate students dedicated to the expression of Mexican culture and traditional folk dance. Since its founding, the group has had the privilege of performing at numerous cultural and educational events at Yale, throughout Connecticut, and elsewhere in the Northeast. As the only Mexican folk dance group on campus, Ballet Folklórico does not hold auditions. Our goals are both diverse and ambitious: while providing an outlet for the exploration of our heritage, we seek to enrich students’ cultural knowledge, and serve as a resource for greater Connecticut communities as well.

Folkloric dance is a beautiful and critical part of Mexican history, and its richness cannot be understated. In making ballet folklórico accessible to the Yale/New Haven community, we take special interest in preserving the authenticity of different regions’ distinctive traditions. Among the many regions of Mexico, our repertoire includes dances from the states of Veracruz, Chiapas, Zacatecas, Guerrero, Sinaloa, Puebla, Jalisco, Norteñas, Chihuahua, and Nayarit. 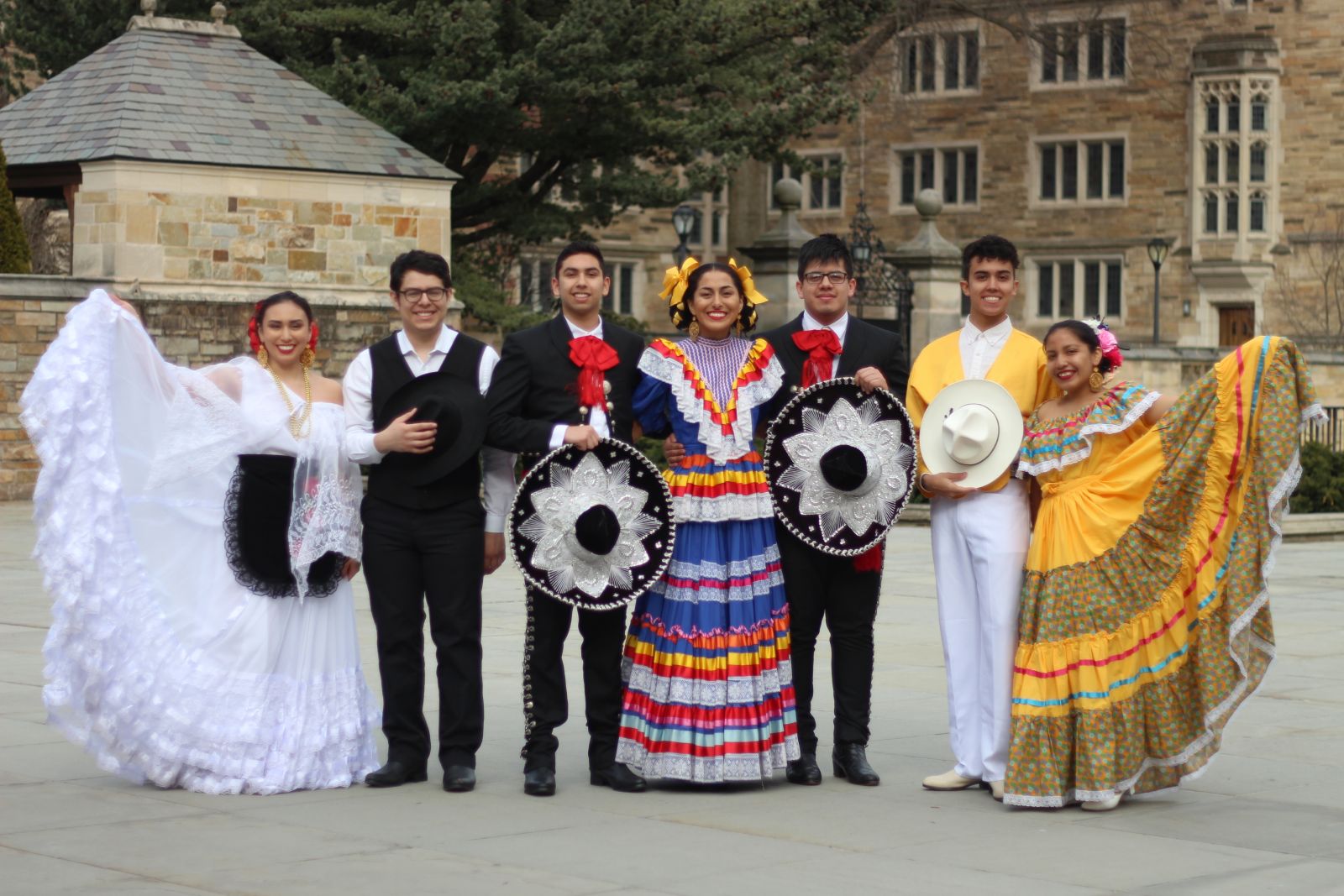